No More Cheesy Demos: Online Recording for the Modern World

By My Song Alive / 11.28.12 / Production Elements, Recording Techniques / One comment 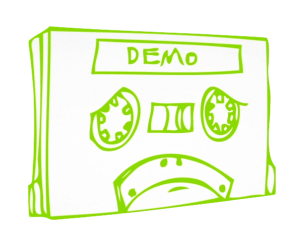 Even though most people haven’t even heard of the concept of an “internet recording studio,” demo production companies have been around for about 15 years. Only the past few years, however, have we seen technology and price catch up with the quality desired by most modern artists.

We thought the internet would be inundated with tons of 40-year old Nashville producers promising to make your demo the next best thing. And to our surprise, there didn’t seem to be any viable options for the types of customers we’ve been working with for years.

And that’s when My Song Alive was born. You see, the “potential” is this: everyday, countless songwriters and artists write new songs – songs that are deep and meaningful and meant to be shared. But the “problem” is this: recording your music professionally can be expensive, time-consuming, intimidating, and overwhelming (to say the least). It’s one thing to make a song, but how do you make it “come to life” with a mixture of U2, Kings of Leon, and Nick Drake?

And that’s when we realized that people need this. The leading online production companies on the web are either A) Super Expensive or B) Super Cheesy. And that shouldn’t be. This is 2012 folks. So My Song Alive was created to help the everyday, coffee shop-playing, YouTube-sharing songwriter. We’re an online music production company (online recording studio) that allows songwriters to get fully-professional, modern, creative recordings of their original music in an easy and affordable process.

Customers send us a quick sketch of their song. Then they fill out an easy form that details their vision for the song – style, dynamics, instruments, sounds, etc. Within about a week, we’ll send them back the music (think Karaoke track) in whatever style they imagine. It’s that simple. All they have to do is record their vocals after that.

Our business is built around helping the “non-musician musician”. If someone pursues music full-time, they usually learn how to arrange, record, and play with band members. But for so many other people, music isn’t everything.

And we don’t think that’s a bad thing.

Working moms. Full-time entrepreneurs. College students. 15-year olds writing their first song. Dad writing a song for his new baby girl. Young professionals who play at the open mic every Friday night. These are the people we want to help. Why? Because we believe music should be so much more than this pigeonholed view the music industry created.

Not everyone needs to be famous. Not everyone needs to get their music on the radio. Not everyone needs to sign a record contract, go tens of thousands of dollars into debt making their debut album, and then feel “validated” (like, we’ve finally made it!) when their song gets featured in a toothbrush commercial. We just think that’s messed up. We believe that sharing music is a powerful human activity, and with the advent of the internet, the possibilities have expanded at an unbelievable rate. But the song isn’t done just because it got posted to YouTube.

We help bring out the potential in people’s songs.

They have something to treasure for a lifetime – a quality recording and production that does justice to the song – and inspires the artists to write more, record more, and share this wonderful gift more.

Now, everyone has the opportunity to record their songs – from the teenager in a small rural town who has no band members or recording facilities, to the jazz singer in a big city who has no space or money for musicians to rehearse. Now they don’t have to wait for some “big break” before they can have a professional recording of their own.

And we think that’s a good thing.

About My Song Alive